MABAS (Mutual Aid Box Alarm System) in partnership with IEMA (Illinois Emergency Management Agency) has established a statewide, non-discriminatory mutual aid response system for fire, EMS, and specialized incident operational teams. Sharing the effort are representatives from the Office of the State Fire Marshal, Department of Public Health – EMS Division, and Illinois Fire Chiefs Association. The system defines a resource response plan to any location within the state when the Governor orders a Declaration of Disaster. A Memorandum of Understanding was signed on January 16, 2001, and updated in 2006, a first in Illinois fire service history.

MABAS has also become a Partner Agency with Cook County’s Department of Homeland Security and Emergency Management. Together, MABAS and CCDHSEM designs and establishes capability-based systems to serve the high-density, urban area.

Historically, IEMA has had the capability through state resources and assets to support disaster-stricken communities in many areas except Fire, EMS, Technical Rescue, Urban Search and Rescue, Water Rescue & Recovery, and Hazardous Materials Operations Teams. Illinois resources like the State Police, Department of Transportation, and numerous other assets are able to mobilize under the direction of the Governor in response to a disaster. Illinois does not own fire departments, EMS ambulances, or specialized operations teams – substantial “system” resources within the control of the state are lacking. The plan provides a system of “one-stop shopping” for IEMA officials to activate and mobilize local municipal fire, EMS, and special operations assets through MABAS.

Statewide mutual aid systems have been in existence since the late 1960s. Pre-September 11th, MABAS was heavily rooted throughout northern Illinois. Since September 11th, MABAS has rapidly grown throughout Illinois, Wisconsin, Indiana, Michigan, and parts of Iowa and Missouri. Day-to-day MABAS extra alarms are designed to provide the fast response of emergency resources to communities during ongoing emergencies.

What can MABAS provide?

Every MABAS participant agency has signed the same contract with their 1,100 plus counterpart MABAS agencies. MABAS agencies agree to: standards of operation, incident command, minimal equipment staffing, fireground safety, and on-scene terminology. MABAS agencies are able to work together seamlessly on any emergency scene. All MABAS agencies operate on a common radio frequency (IFERN) and are activated for response through pre-designed “run” cards each participating agency designs and tailors to meet their local risk need. MABAS also provides mutual aid station coverage to a stricken community when their fire/EMS resources are committed to an incident for an extended period.

MABAS responds to over 800 local extra-alarm incidents annually throughout the 69 divisions of Illinois. When the Governor mobilizes state assets under the direction of IEMA via a Declaration of Disaster, Fire, EMS, and special operations resources can be mobilized as state assets. As a state asset, resources mobilized are afforded liability, reimbursements, and workman’s compensation coverages. Further, any and all costs beyond normal operations experienced by fire, EMS, and special operations will be reimbursed by the State of Illinois through IEMA. To assure clarity, reimbursement for an IEMA-directed mutual aid resource might include overtime related to the incident, an off duty personnel recall to maintain levels of service which were reduced due to the response, expendables, consumables, and damage to mutual aid provided equipment directly related to the Declaration of Disaster.

Illinois faces many challenges from natural, manmade, and technological threats to citizen safety. Every community now has the newest threat of disaster to deal with: domestic terrorism. The delivery of a weapon of mass destruction will certainly tax the entire state’s resources. MABAS is working with numerous other state, federal, and local agencies through IEMA’s coordination to prepare for meta-disasters from earthquakes to improvised nuclear devices.

MABAS has been activated on many occasions by IEMA for emergency declarations since 2001. The responses include the Tamara train derailment, Roanoke tornado, Utica and Harrisburg tornado disasters, and Louisiana Hurricanes Katrina, Gustav, and Ike response and recovery effort through an EMAC activation.

How does MABAS benefit my community?

As a MABAS member agency, your community has the same agreement as the 1,175 other communities – all agreeing to voluntarily send pre-determined resources, without reservation, to assist a stricken community. Without a formal written mutual aid agreement (such as MABAS,) a request for mutual aid assistance becomes a legal quandary. A Fire Chief and his employing community sends resources at great risk should equipment be damaged or a firefighter is injured or killed in the line of duty.
To become a MABAS Division/agency, a resolution or ordinance enacted by the governing body and a signed MABAS contract is required. The Executive Board of MABAS routinely provides assistance to interested agencies. MABAS will provide any and all information to inquiring agencies including prepared ordinances, resolutions, and the standard contract. Most MABAS agencies are composed of a number of geographically co-located municipalities or districts. However, one community can also be its own MABAS division such as the City of Chicago, which is MABAS Division 9. Some MABAS divisions have over 30 member departments or districts. Annual dues are required, and factored on a sliding schedule based on a member department’s annual operating budget. Local MABAS Division dues may be self-imposed by and at the control of each individual MABAS division.
When a crisis strikes a community, costs are the last thing on the collective mind. MABAS provides immediate response resources at no cost or fee under daily operations. How can a community afford not to be part of MABAS? 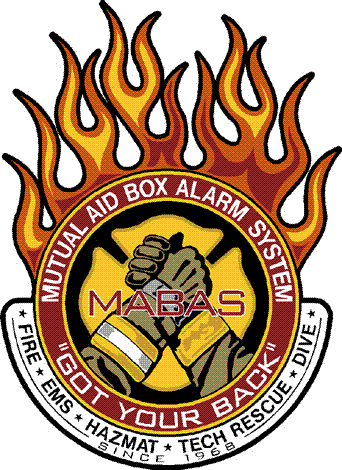